The City of Munich Department for Urban Planning and Building Regulations commissioned Isarnauten to create the concept, organization, implementation and documentation for its Regional Housing Conferences in 2016, 2017 and 2018.

Lord Mayor Dieter Reiter uses this forum every year to meet with members of the Bundestag, the Bavarian State Parliament, district administrators and mayors to discuss housing policy issues across the metropolitan region of Munich.

These conferences took place in the old Town Hall of Munich in 2016, then in Ebersberg in 2017, and in Rosenheim in 2018. The aim of these large-scale events was to ensure a high number of attendees and experts from Munich and the wider region, to advance the various initiatives and projects.

Isarnauten was responsible for the management of the entire event; from the creation of an address database, to the sending of invitations by e-mail and post, including ‘save-the-date’ mailings and reminders. At the same time, we prepared the documents for the event, which were to be handed out to participants in the form of a folder.

We developed an online chat wall as well as capturing all communication concerning the event. On the project website www.wohnungsbaubau.de, potential delegates were able to view more information about the programme of events, register to attend, and later, view event retrospectives.

In addition, we organized the podium discussions and initiated discussion forums at the conference. We brought together specialists in science, politics and administration who were able to debate innovative approaches to inter-municipal cooperation. Delegates were also able to take part in informal round table meetings, where specialist projects could be discussed with a view to implementation in future years.

The Isarnautem team documented the entire event using photos and video content. In this way, we implemented and exceeded the multimedia framework and concept that we had initially developed with the client.

The Regional Housing Conferences, for which our agency is responsible, each had over 300 attendees. This was a great success, especially considering the tight deadlines we imposed on MPs, officials and policymakers. As a result of these conferences, numerous initiatives and projects were subsequently launched. We have created a constructive framework for the debate on the urgent issue of housing, through which the relevant people came together to work out strategies and solutions. The response from those involved was consistently positive. 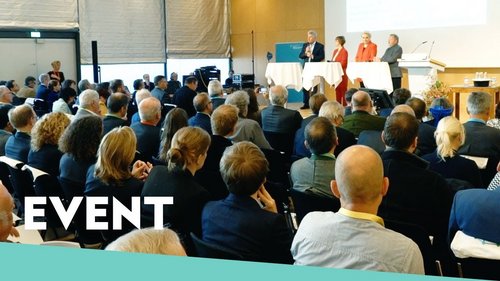 Event I Regionale Wohnungsbaukonferenz 2018
Back