The Goethe-Institut is the Federal Republic of Germany’s worldwide cultural institute. It maintains 159 institutes in 98 countries, promoting knowledge of the German language abroad and maintaining international cultural partnerships. ISARNAUTEN was commissioned by the Goethe-Institut in India to promote the institute’s online library “Onleihe” among German-speaking Indians. The challenges were to raise awareness, increase sign-up levels, and encourage participation in the library’s services. We were tasked with designing an engaging and accessible campaign, promoting “Onleihe” benefits in order to motivate users to interact more frequently.

ISARNAUTEN designed and created a video campaign on Facebook and Instagram, adding a lottery element in the summer of 2019. We also created upbeat, short videos where Bharat Chaudhary introduced four Indians living in Germany who use the “Onleihe” service. The film was shot in Heidelberg, Bremen and Munich. Our Indian influencer asked the four Indian residents for tips on learning German – the perfect way to promote “Onleihe”! Following each video, the social network audience was invited to take part in a Facebook competition, with great prizes and a language course.

The success of this video and lottery campaign was overwhelming: On Facebook alone, the campaign reached over 1.2 million users, who made more than 100,000 interactions. This highly successful campaign was awarded the German Agency Award 2019, in the “Social Media” category. Evaluating the concept, originality and creativity, the independent jury rated the campaign as “very good”. 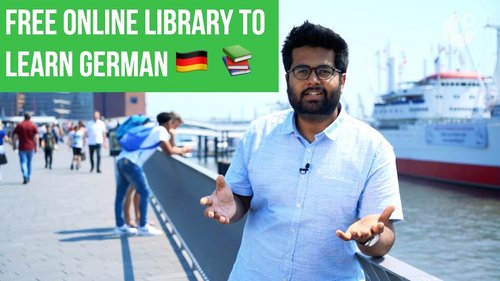